Ellen A. Friedman practices in the areas of commercial transactions, bankruptcy and insolvency.

Ellen has handled a wide range of commercial transactions.  These transactions include asset based financing, venture capital finance, sales of intellectual property, receivables, loans and sales of other financial assets, including securitized or off-balance sheet accounting and other credit enhancement devices.  She also has expertise in guaranty law and has represented several guarantors of real property in restructurings, workouts and civil suits.

Ellen has written extensively on bankruptcy and secured transactions (Article 9 of the Uniform Commercial Code). She is the author of Secured Transactions in California Commercial Practice (CEB 2001) and its yearly updates since 2001; “Security Interests in Trade Secrets,” Trade Secrets (CEB 1998) and its yearly updates; co-author of “Liquidation of the Privately-Held Company,” in Start ups & Emerging Companies and its updates since 2019; co-author of “Borrower’s Perspective in Commercial Loan Transactions;” “Intellectual Property Issues in Bankruptcy,” in Technology & Emerging Growth M&As 2002 (PLI) [Reprinted in Internet Law & Business]; and “Acquisitions of Distressed Dot-Coms” (Bank and Corporate Governance Law Reporter, 2001). She is a featured speaker and lecturer on bankruptcy, distressed businesses, secured transactions, and creditor/debtor rights.

Ellen’s legal career began as an associate in the New York and San Francisco offices of Shearman & Sterling LLP.  Ellen was a partner at Murphy Weir & Butler and Murphy, Sheneman, Julian & Rogers in San Francisco. She is a member of the State Bar of California and the State Bar of New York.

Represented food technology company that was severely affected by COVID-19 pandemic and forced to shut down operations in wind down and dissolution.

Represented online mortgage lender in dissolution and wind down of its operations and negotiation of liquidation with its lender. The matter involved in excess of $300 million.

Represented several creditors in the Lehman Brothers Chapter 11 case with respect to claims relating to ISDA and SWAP agreements, and assisted clients with the sales of their claims.

Represented one of the largest creditors in the multi-national insolvencies of Trigem, Inc. and its affiliates. Trigem manufactured personal computers for many nationally known brands. The client served on the creditors’ committees in the United States and Korea.

Represented several guarantors in connection with the restructuring of over $450 million in securitized loans relating to over 200 apartment buildings in San Francisco held by over 30 limited partnerships. This matter involved senior debt, junior debt, the bankruptcy of certain entities, foreclosures on certain real property, restructuring of debt, as well as litigation in state and federal courts.

Represented the largest unsecured creditor and chair of the creditors' committee in a Chapter 11 bankruptcy of a national consumer-electronics retail chain. Negotiated a favorable settlement that provided for the allowance of the international technology company’s claims and a release of potential liability.

Represented lenders, as agents, in numerous senior-secured syndicated financing transactions with credit facilities ranging from $5 million to $100 million. The financings included a combination of term loans and revolving loans as part of front-end transactions and complex restructurings. The transactions involved a variety of collateral, including basic hard-asset collateral, intellectual property collateral, agricultural collateral and collateral located internationally. Many of the deal structures required addressing intercreditor and stockholder issues, with deals often including numerous guarantors, domestic and international.

Represented major manufacturing company and developed equipment lease finance programs with third-party banks to assist the company and its customers with financing transactions.

Created portfolio of secured, guaranteed loan product forms for a bank with a national presence.

Represented lender in asset based lending transactions, including with respect to an international wood supplier and an agricultural enterprise.

Represented senior lender in restructuring over $30,000,000 in debt relating to real estate development of more than 20 properties.

Represented several small business owners in the sale of their businesses, including negotiation and drafting of documents.

Represented lenders in venture capital financing of start-up entities, including preparation of convertible debt instruments, warrants, and other equity documentation. Collateral security involved perfection and protection of intellectual property, which was often the sole asset of value.

Represented a multinational computer company, for the design and manufacture of personal computers throughout the world. Drafted and negotiated several global and regional Original Design and Manufacture Agreements that required a detailed level of understanding of the operational and manufacturing process, service and support agreements, and different business models.

Represented lender in Chapter 11 case of developer of two partially- completed condominium projects and one planned development of 25 single family homes. Obtained relief from stay and negotiated the sale of the note.

Represented fund in securitization of loan portfolio in excess of $50 million.

Represented creditors as defendants in preference litigation in various types of bankruptcy cases.

Represented a private-label credit card provider in many retail bankruptcies.

Represented laser and light manufacturer as borrower in forbearance agreement and payment of all outstanding debt.

Prepared and negotiated contract manufacturing agreements for a major computer manufacturer, including preparation of guarantees and reviewing and drafting and negotiating documentation with international counterparties. 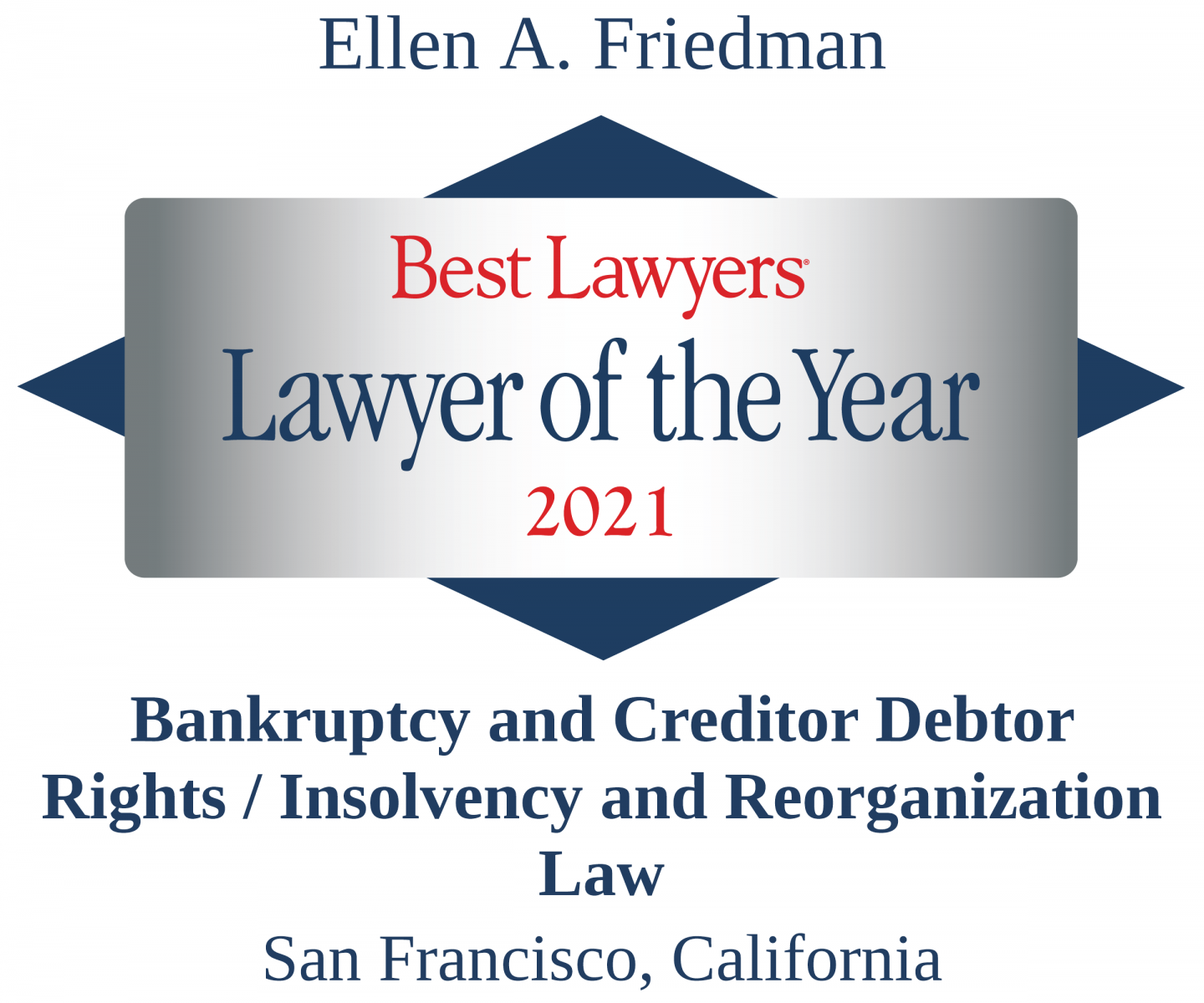 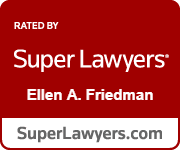 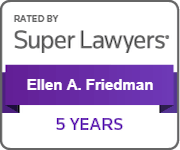 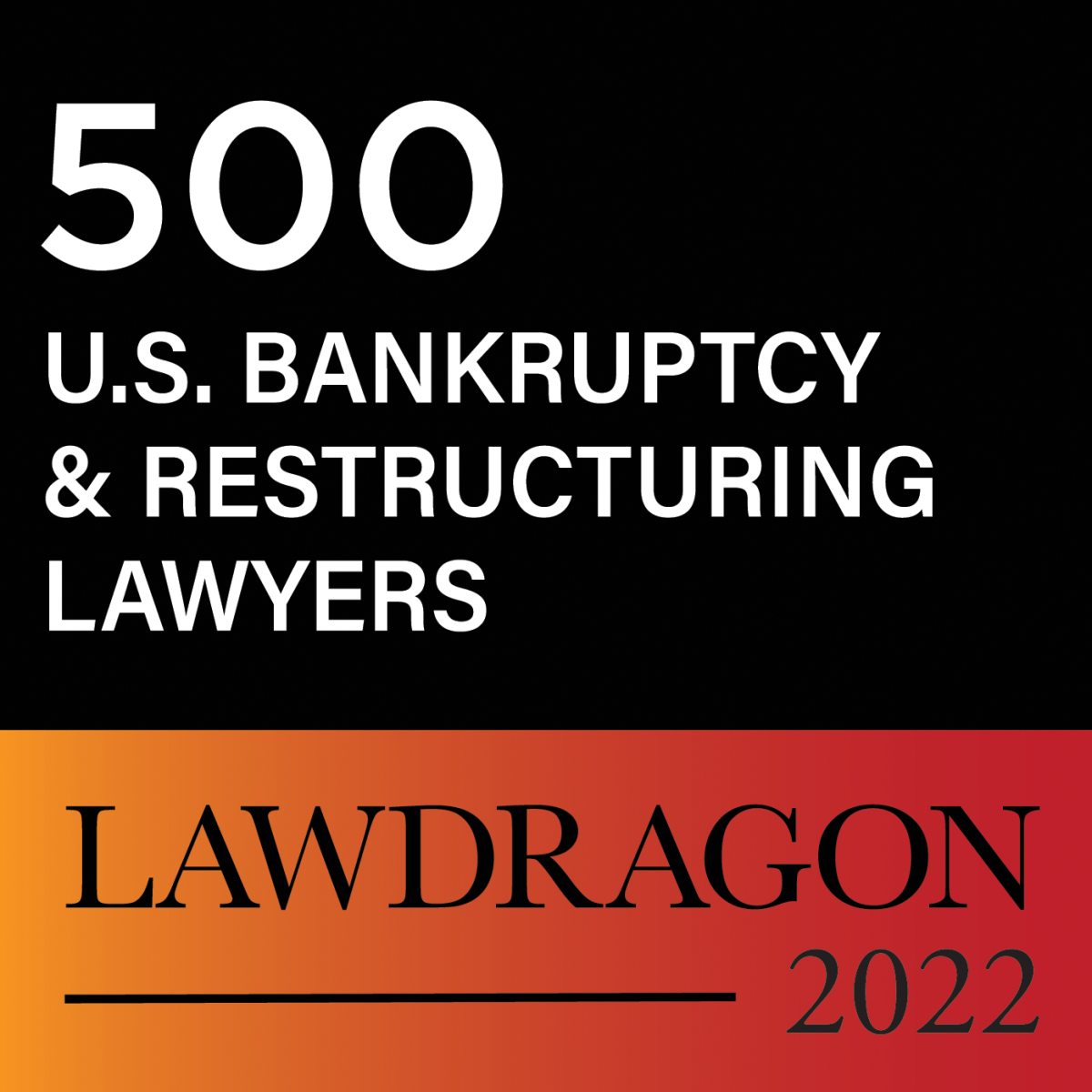