Ruth Stoner Muzzin is a litigator with a practice focused in the energy, water, transportation and telecommunications industries, and related business and environmental issues.  She has represented clients in state and federal courts and before the California Public Utilities Commission (CPUC).  Ruth was a member of the plaintiffs’ team in multiple actions by major electric companies and state agencies to recover overpayments made to the United States, several cities, and many municipal utilities during the 2000-2001 California energy crisis, for the ultimate benefit of utility ratepayers.  She has represented government entities, industry groups, private parties and utilities before the CPUC and in the courts.  Ruth is experienced in litigating questions of jurisdiction and preemption in the trial and appellate courts, as well as compliance with the California Environmental Quality Act (CEQA).

Ruth’s practice is also focused on all areas of insolvency, commercial bankruptcy litigation and navigating creditors’ rights issues, including claims litigation, fraudulent transfers and other related subjects.  As part of this practice, she successfully defended alter-ego claims brought against numerous, affiliated legal entities in a complex administrative law proceeding.

Ruth’s litigation practice includes appellate appearances before the state and federal courts.  She is particularly experienced in the special practice area of petitioning for judicial review of CPUC decisions, including original petitions to the California Supreme Court in CEQA matters and water utility cases.

Ruth was named as Rising Star in Northern California in 2019-2021 by Super Lawyers in the area of Energy and Natural Resources.

Ruth is member of the State Bar of California; she is admitted to practice before the federal courts for the Northern, Eastern, Central and Southern Districts of California, the Ninth Circuit Court of Appeals, the Court of Federal Claims, the Federal Circuit Court of Appeals, and the United States Supreme Court.  She is a member of the American Bar Association and its Section on Environment, Energy and Resources as well as the Litigation and International Sections. Ruth is a long-time member of the Conference of California Public Utility Counsel, where she served on the Board of Directors from 2016-2021, including a term as President in 2019.

Represented a telecommunications provider as the real-party-in-interest before the California Court of Appeal and the California Supreme Court in challenges to the CPUC’s decisions approving funding for the provider’s installation of high-speed internet services in rural California.

Represented a public water district before the California Court of Appeal and the California Supreme Court in defending a challenge to environmental review for its participation in a water supply project approved by the California Public Utilities Commission, involving discretionary writ proceedings.

Represented a group of small rural telephone companies before the California Court of Appeal as amici curiae, concerning the CPUC’s decisions related to a funding program for small independent telephone carriers.

Defended client and officers against civil racketeering allegations, obtaining a settlement for dismissal of all claims within three months of filing.

Represented a major California electric public utility in multiple lawsuits in the U.S. Court of Federal Claims and the Los Angeles County Superior Court seeking billions of dollars in damages against the United States, several Cities, and multiple municipal utilities for overcharges in wholesale electric power sales to California public utilities made during the California Energy Crisis of 2000-2001.

Represented a public water district in litigation of claims related to jurisdiction and validation of public agency actions and related claims for damages.

Represented 19 defendants, including an agricultural corporation’s sole shareholder and president, in a state administrative proceeding before the California Agricultural Labor Relations Board defending against allegations of derivative liability and alter ego.

Represented a public water district in multiple complex proceedings before the CPUC concerning a regulated public utility’s successive water supply project proposals including several weeks of evidentiary hearings and extensive briefing on preliminary issues of preemption and jurisdiction as well as applications for settlement, project approvals and rehearing.

Represented a regulated public utility in an investigatory proceeding before the California Public Utilities Commission, obtaining a decision dismissing all allegations against the utility.

Represented an agricultural company in a complaint before the CPUC regarding the company’s private railroad crossing, reaching a favorable settlement within six months of filing.

The firm was separately retained by three large California public utilities to provide professional responsibility training for hundreds of company officers, executives, attorneys, and other practitioners concerning compliance with the rules and ethical requirements of the California Public Utilities Commission applicable to transacting business with the Commission. 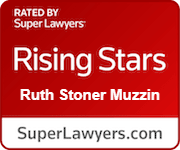